Last Sunday we decided to make a little exploring. We hopped on the bikes and headed West. The goal was to get alllll the way over to Ballard to see the locks. The problem though was that the bike trail kinda turned into street for a long ways. Not yet being confident enough for streeting on the bike, I suggested we park the bikes at Fred Meyer and walk the rest of the way. Joni agreed to this compromise.

The Ballard Locks are actually named the Chittenden Locks, after the gentleman that designed them. And let’s face it, if your last name is Chittenden, you ARE a gentleman. At any rate, they’re locks and they’re in ballard. Not much more to say.

BUT THERE ARE PICTURES!

Look, boats in a hole! 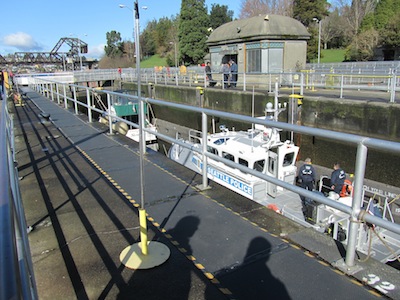 For those of you that don’t know, a lock is a water elevator to move boats up or down to different bodies of water. This lock moves boats from Puget Sound to Salmon Bay and would eventually get them to Lake Union and Lake Washington.

To use the locks, boats float in at one level, then moor themselves to a floating bar connected to the side of the lock. 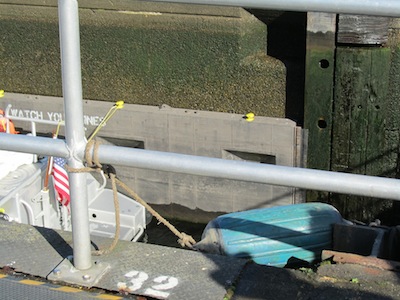 Big metal doors keep (most) of the higher water out: 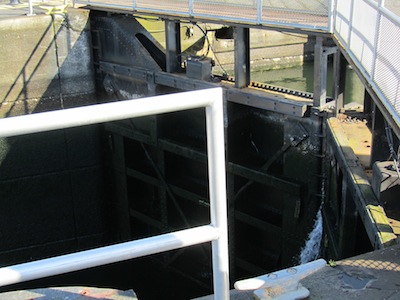 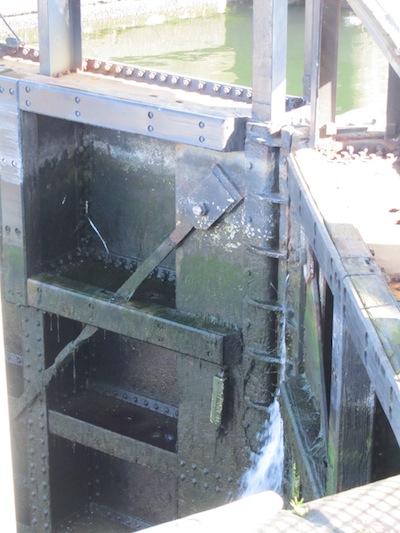 Water is pumped in or let out to change the water level, the doors open, and the boat floats onto the new body of water.

Even the Police use the lock! 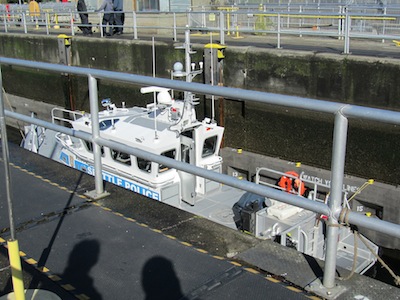 Even big boats use the lock! 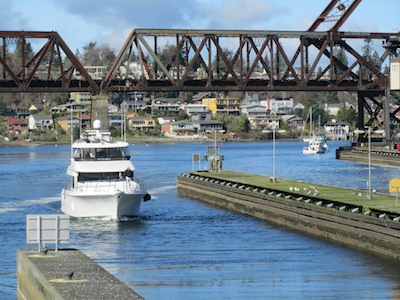 Actually, seeing is believing, so how about a video of that big boat?

So that’s the lock. Neat, huh? The link at the start has a nice big diagram of the whole thing.

Since locks work between two different heights of water, there’s a dam right next to it. We took this picture after walking to the opposite side of the canal. 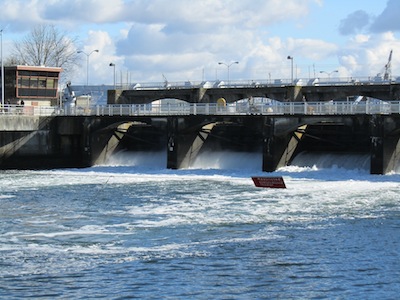 We didn’t get a picture of it, but there’s a much larger lock there as well. The video and pictures above are from the small lock. The bigger lock is for bigger ships… obviously. Bigger ships pose bigger problems, so the nearby train bridge is a draw bridge to let bigger ships into the lock area. 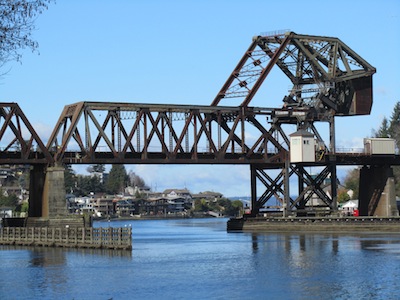 After our big lock adventure, we went back home and Joni played with her sewing machine some more. She made a nice big pillow for us! 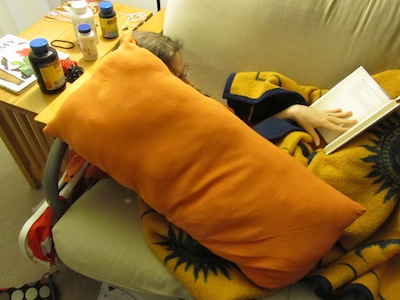 Yes, it’s made out of another old shirt. That was just the bottom half, so we decided to make use of the top half as well. 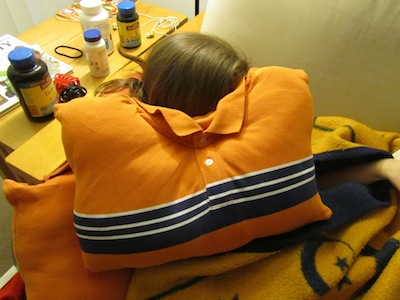 And that was how we spent our Sunday.