Joni has a crush on Mackelmore.  I’m sure you’ve heard at least one of his songs.  Thrift Shop in particular is pretty popular.  It’s got less than child friend lyrics though, so we’re not embedding it here.  Search YouTube.  You’ll find it.

Why are we mentioning it?  Well, the song is filmed at thrift shops in Seattle.  Part of it was filmed at a Goodwill near where I work.  Another part was filmed at the Vintage Mall here in Fremont.  It’s about 4 blocks away.  One thing that we couldn’t quite agree on though was whether Mackelmore had ever actually been there.  See, there’s one shot that’s very apparently in the Vintage Mall.  That shot just didn’t contain Mr. more.

I was pretty sure that he had been there, so I took a couple of snapshots the last time we were at the store. 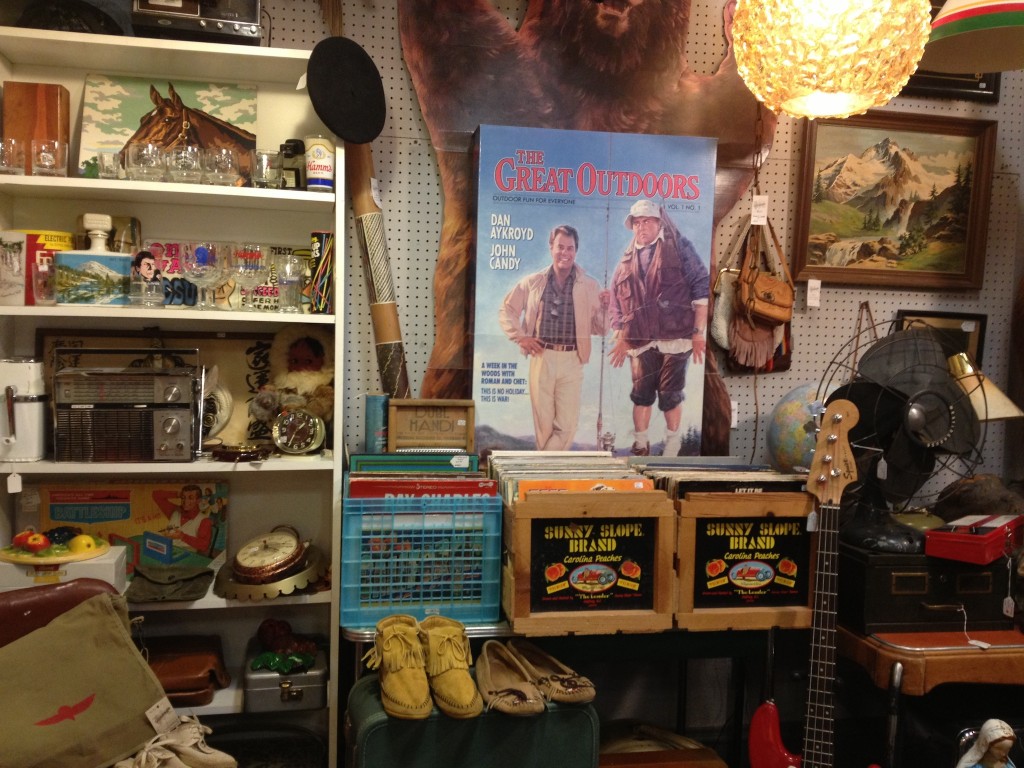 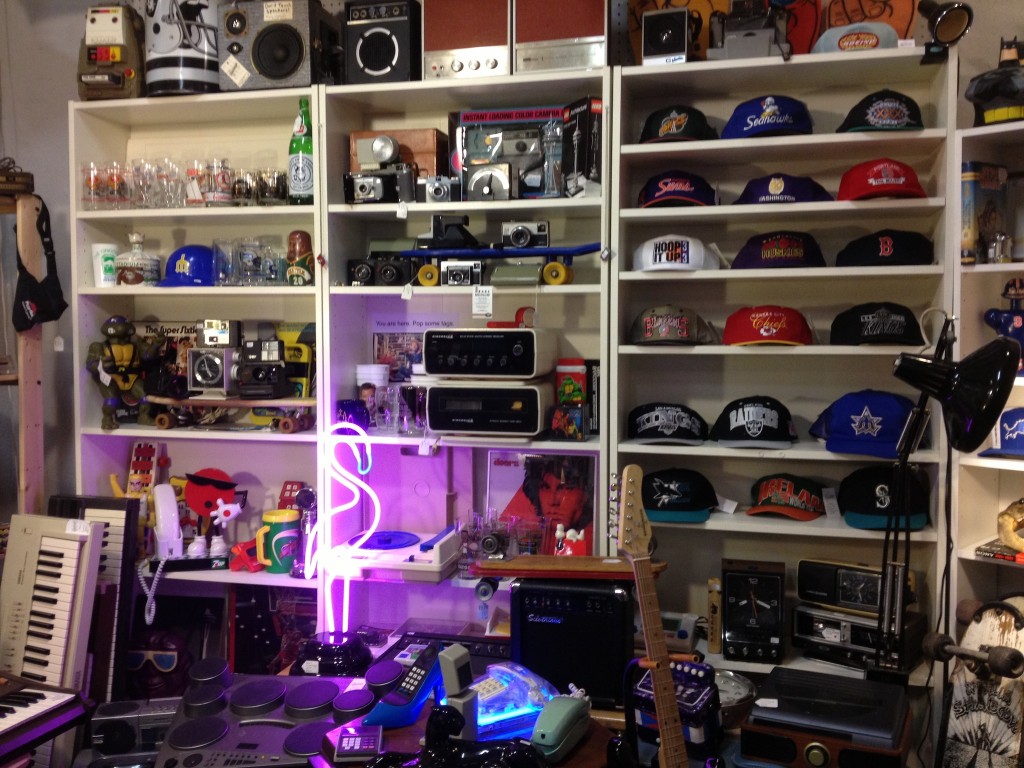 Now let’s compare them with a frame from the Thrift Shop music video: 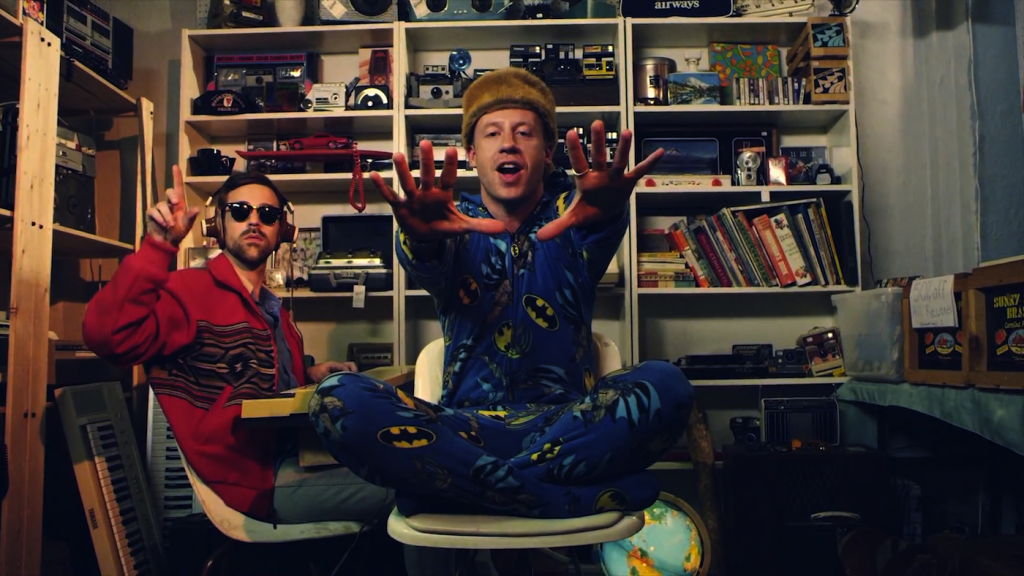 Bingo!  Check out the shelves, the crates on the right, the keyboards in the lower left, and the cameras on the shelves.  We have a winner!  And just to be clear, let’s put all that in one image (click for much larger): 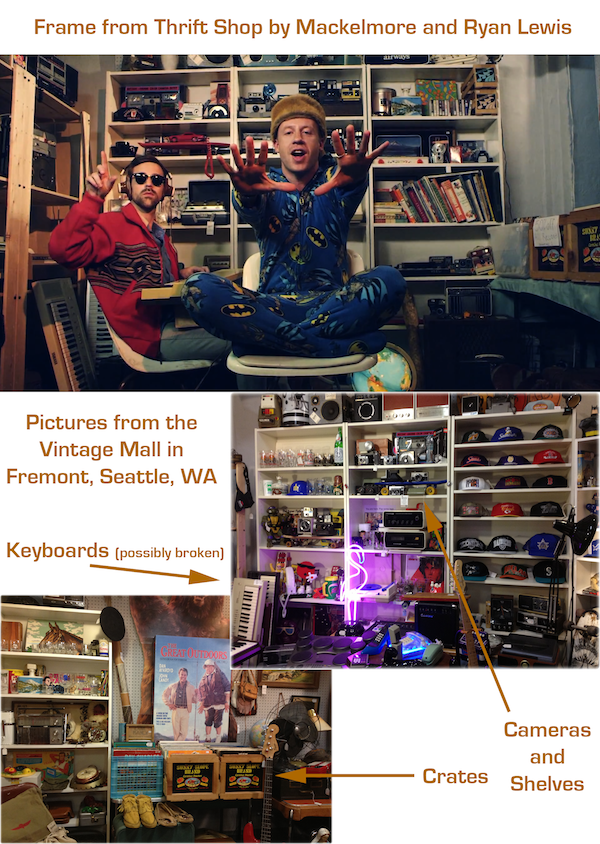 Bam.  There you go.  We’ve been in the same place Mackelmore once was.