Today we decided to visit the little lake near Linz. We managed to find it with no trouble whatsoever. All we needed to do was take a bus up to a semi-large stop, then get on another bus that brought us right there. Of course as with most lakes, the second we got there we were accosted by ducks wanting hand outs. Stupid ducks. 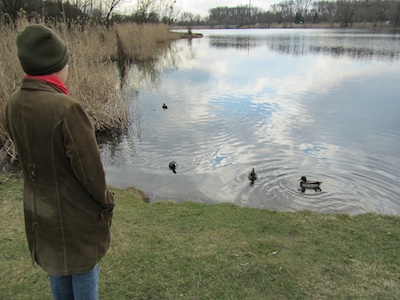 Now, when we were making plans to head to this lake, we didn’t really know what to expect. We didn’t know if it was just a body of water, or if it was a developed area where people did water things… like boat or swim. We weren’t very surprised to find that there were little food places and full facilities for showering for swimming. We were surprised to see the size of it. From the point of duck accostation, you can look one way and see an edge: 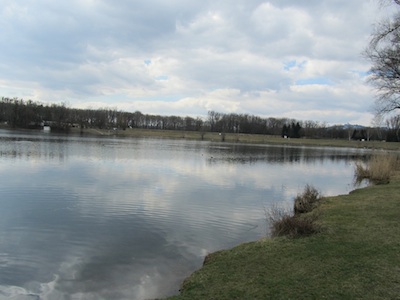 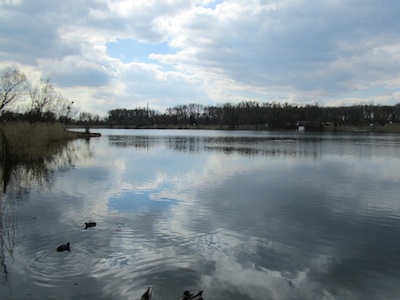 Or just look straight across it. 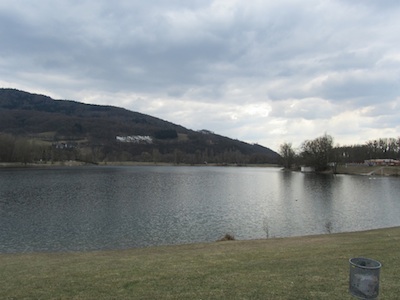 So… I think by Minnesota standards this would be classified as a “pond”. That’s OK though. It’s still got places to eat, showering facilities, benches, a playground, and little changing booths. It’s pretty neat, even if it is small-ish. It’s even stocked with swans! 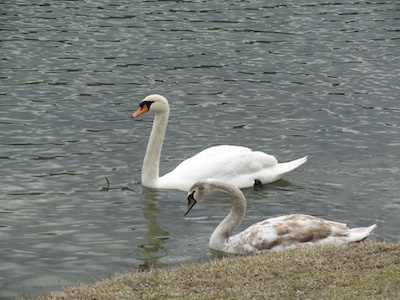 As we were walking along the edge of the lake, we saw a little girl and her father walk down to the edge where the swans were. One of the swans came out of the water and walked toward them. The little girl was obviously scared. Swans are not small birds, so I can’t blame her. We discussed it, and we figured we could take a swan in a fight if we had to. Some other people had some bread and just fed the swans. That seemed to go OK for them.

We walked around about half the lake before breaking off to a little thinger we saw off to the side. We had no idea what the deal was. See if you can guess the function of this: 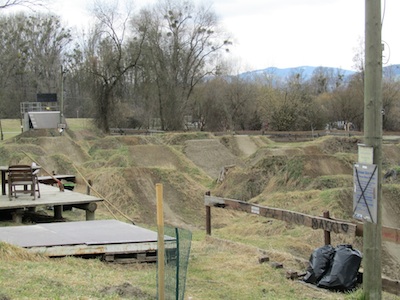 Correct! That’s a course for bikes. You get all geared up with pads and helmet, then throw yourself off one of those structures in the background to get enough speed and go flying off the embankments. We saw a couple kids doing it. It was pretty crazy. Next to the dirt track there was an empty storage pond of some sort. A guy was driving a little gas powered remote control car around. It was neat.

We continued walking, getting back to the side of the lake by going through a fenced off area. It was strange because about a fifth of the lake was blocked off with fence. There were openings to get in, it was just a clearly divided area. We didn’t realize what the deal was until we got to the exit on the other side of the lake. We had just walked through the nudist area of the lake front. I guess in summer that area is reserved for nudists. Good thing it wasn’t summer. We would have been out of place with our jackets and… pants.

We walked around the rest of the lake and decided to attempt going up the hill a bit. Of course a “hill” here is a mountain in Minnesota. On our way out of the lake area, we ran across these: 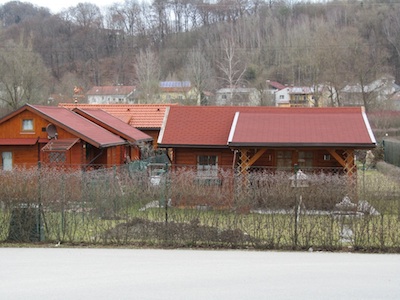 Let me explain. People in Austria have their home, but then a lot of people buy small plots of land with these cabins on them as a get-away. Much like going to the lake in Minnesota, but these little areas with cabins end up in weird places. This one was next to a lake, but was also in a field. 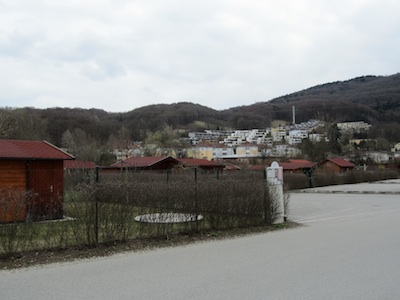 We’ve seen these before in highly industrial areas. On the way to InterSpar we pass one that’s right next to the railroad tracks. I guess I don’t really understand it. You’re still in the city; it’s just like a yard with a cabin in it. Whatever I guess.

We did manage to find a road leading up the mountain (hill). We followed it up a ways and discovered an entirely different world! It’s very wooded on the mountain. Someone was even raising some sort of mountain… goat… thing. 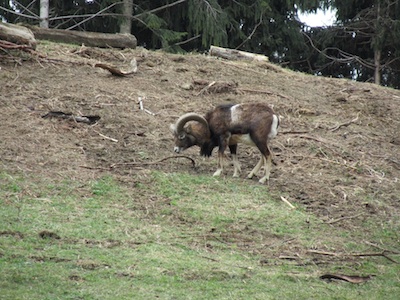 We continued up the road a bit further and discovered that it’s actually a trail of some sort. On the way up we didn’t really see anyone, but once we got up a bit we started seeing hikers, walkers, and bikers all over the place. I can understand why, it had a great view of the city. 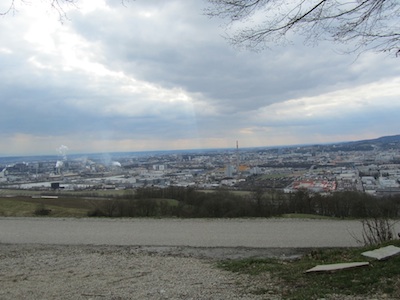 You could see our dorm, the cathedral, and even the highly industrialized part of town. 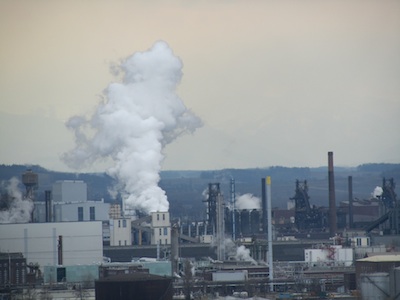 And of course let’s not forget the crazy gliders! I guess there’s a little airport next to the river. Today they were launching gliders, so we got to watch them for a bit. 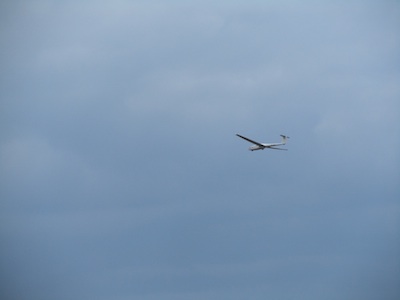 After that we headed back down to the bus stop and came back home. Now we’re just chilling out, enjoying a pretty darn good day. 😀