Last weekend we went to the company picnic. It was held at a place called Mountain Meadow Farms about 45 minutes east of Seattle. There was a nice shuttle service, so we took that instead of driving. We also got a beautiful day for the whole affair.

First, I want to concede that I didn’t really realize why the place might be called MOUNTAIN…. MEADOW Farm until we got out there: 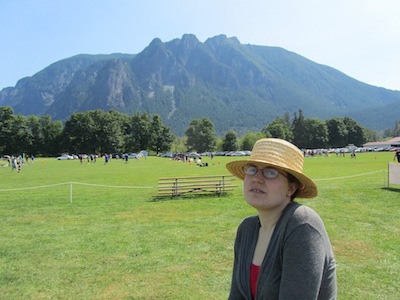 It made sense once we arrived. 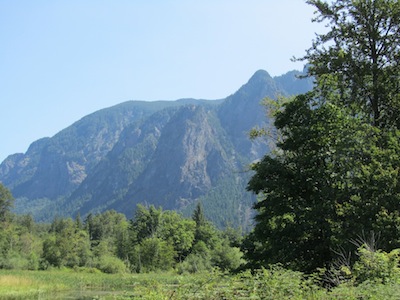 Fine, fine, you got me! I only included that last photo because I took it and wanted it there. It wasn’t strictly necessary for the narrative.

The picnic was just a bunch of little areas spread around the meadow. They ranged from the bland looking: 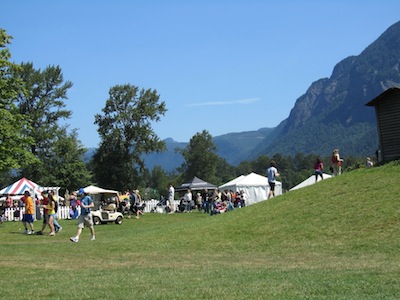 to the theatrical looking: 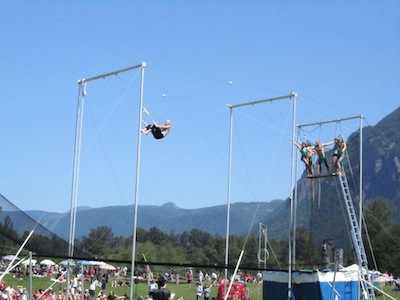 And did I mention that there was a mountain? 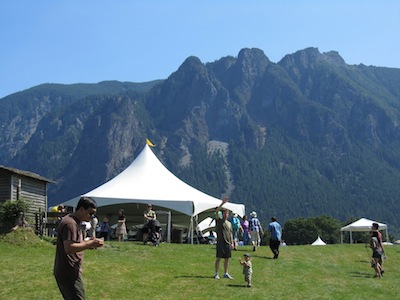 Now that I’ve drawn you all in with the pictures, time for some actual description.

We got out there about noon and had a look around. There was a broomball tournament going on, volleyball nets set up, a WiFi tent for people that might need to be working, a little driving net for golf balls, inflatable castles, water balloon slingshots, a horse drawn carriage, a hay ride, little kiddy paddle boats, a bunny farm, a magic show, a kite tent, bingo, face painting, arts and crafts, a music stage, a beer garden, and most importantly: free food.

Yeah. It was a little overwhelming. We just did a quick walk around to see what there was to do, stopping to pet some of the biggest bunnies I’ve ever seen and watch the kids paddle around in their little paddle boats. It was pretty cute. The picnic was definitely kid oriented in a lot of ways, but they also had things like a huge zipline, sumo suits, a video game truck, and aerial acrobatics going on for adults. It was pretty neat. And they had food. Hamburgers, hotdogs, ice cream, fruit, fries, salad, and corn on the cob oh my! We had some lunch and a beer to start things off. After that we went over and watched the acrobats perform: 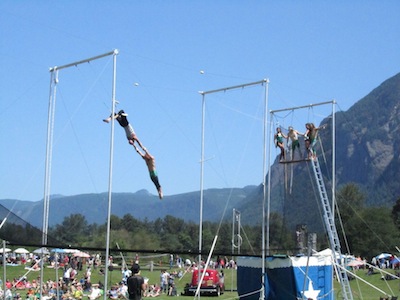 They were pretty good. It was the first time either of us had seen that kind of thing in person. Here’s an example of what they did:

After watching that, we picked up our t-shirts (I know, right?!). There were cute. They look like the Hunger Games cover, but have the little corporate mascot dude and say “The Picnic Games”. Then we grabbed some ice cream and played a little bingo. We didn’t win. After that we ran over to see the magic show. It was OK to start with, but it got a little stale toward the end. And the tent it was in was hot.

With our minds blown from magic, we tried to see if they had any kites left. By this time a lot more people had showed up. All the kites were gone. At least we got to see them being flown: 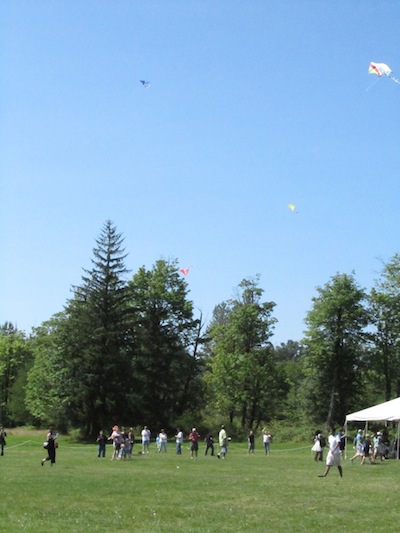 Got to see them flown in front of the MOUNTAIN: 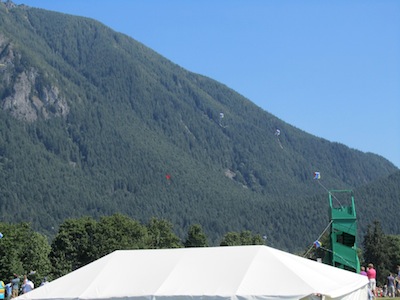 They also had the world champion sand castle sculptor there, so we took a look at him doing up a sand castle. And by “castle”, I mean caaaasssttle… as if adding vowels adds emphasis. 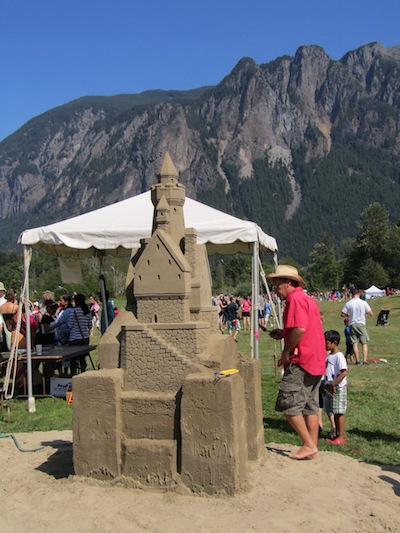 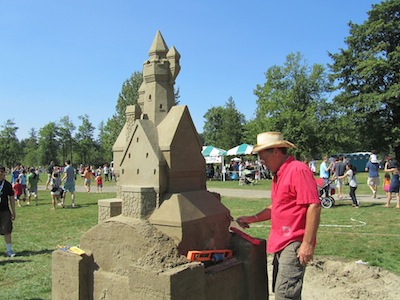 We grabbed a little more good and beer, then did some final gawking at the people that were attempting the trapeze. That’s right, after they did their performance, they gave people the opportunity to get up there in safety harnesses and do a little swinging around. Crazy people.

By that time the shuttle was ready to leave. We hopped aboard, got back to Seattle, took the bus home, and promptly collapsed into piles of jelly. It was a good time, but it took a lot out of us!