Note: Some of the photos are gigantic and stretchy.  We’re fixing it.

We went to Washington D.C. last weekend to visit Will’s friend Ben and his wife, Jaci.  We took a flight out of Seattle late in the evening and we got to D.C. in the morning.  It’s three hours later there so the morning is sooner?  We tried to sleep on the plane, but you know how that goes.

We had scheduled a White House visit right away that morning, so Ben and Jaci picked us up and we headed straight for the White House from the airport.  Luckily, they had prepared tasty egg and cheese sandwiches and coffee for us.  We were feeling good.  The White House visit was pretty short; you don’t get to see very much of it.  There are maybe only six or seven rooms that are open to the public.  But it was free, so that’s alright.  They had a bunch of security, including a bomb sniffing dog behind a screen I think and a metal detector.  You also have to contact one of your congressmen to sign you up for it in advance.  So thanks Jim McDermott for getting us into the White House.

One of their in-laws, Josie, met us there too.  She had never been to the White House before.  From left to right we are Ben’s wife Jaci (like Jackie), Ben, Josie, and me.  Will is behind the camera. 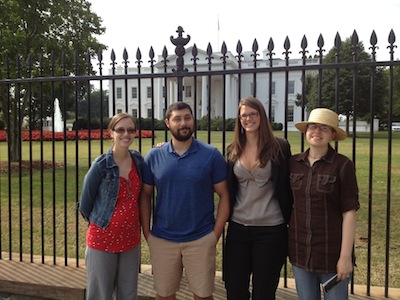 Speaking of cameras, for some reason we left our camera camera at the house and just used the cameras on our phones all weekend.  The phone cameras are much more motion sensitive so some of our pictures came out a bit blurry.

It was a little while ago and I was kind of jet-lagged so I might get the order of events mixed up, but I think Josie left right after the White House.  Then Will, Jaci, and I went to Starbucks and got something to drink while we waited for Ben to get his flu shot.  After that, we went to a museum where they had a small exhibit about video games as well as a bunch of art and sculpture. 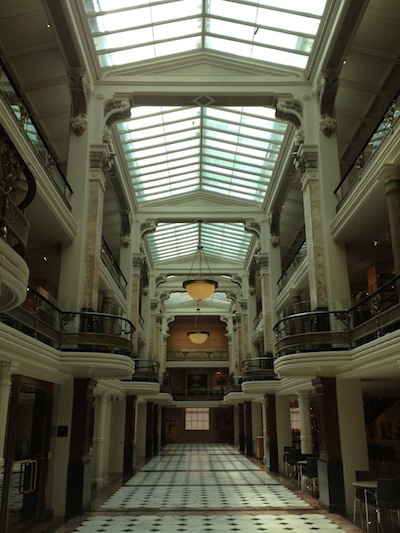 Will finds this painting disturbing: 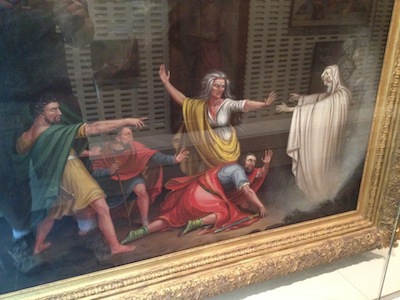 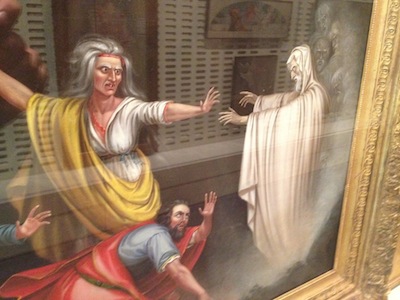 Will took one other picture with Ben because he resembled a guy in one of the paintings.  What Will didn’t notice is that the other painting in the background was a nude.  You can see that picture if you click here, perverts.  There was also a gift store.  Here are the boys trying on the flight goggles. 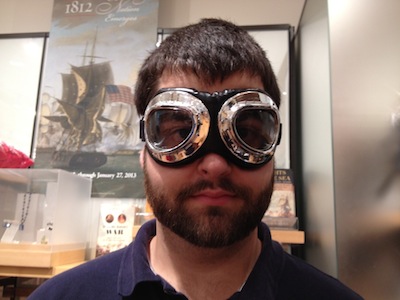 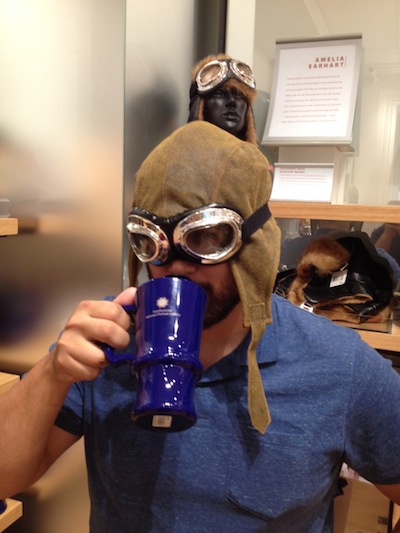 After the museum, we had dim sum, which is a kind of Asian food that comes in small bite-sized portions that you share with your dinner companions.  It was mostly dumpling type stuff or doughy pockets filled with meat, vegetables, or seafood.  It was pretty good; I was surprised by how full I ended up.

I was amazed that we were still awake.  Later that evening, we had pizza and watched The Daily Show and The Colbert Report.  Will actually fell asleep before me, which is a miracle.  I’m usually the sleepy one.