Mary Jo got a tip that there was another Christmas market in the big park down by the train station, so the other night (Tuesday), we went down there. It was a lot of the same stuff as the Christmas market in the main square, but it also had a small “commercial building” like you would find at a fair. It also had rides… like at a fair. Seeing a theme? They did have one thing that Mary Jo was very interested in: a nativity scene shop. This thing had all manner of nativity scenes. Outside they had a big one: 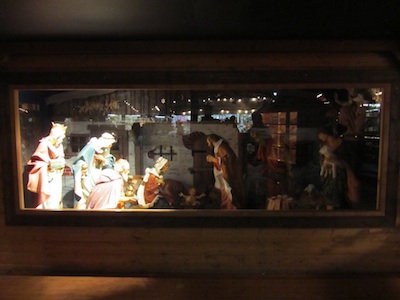 It had motion sensors, so when people came around it would start a little audio presentation with some lighting effects and whatnot. Of course at the end they light up the man attraction: 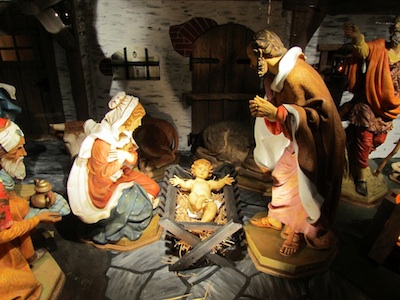 Neat, huh? They really take their nativity scenes seriously over here. They have some super super complex ones that run into the thousands of Euros. Yikes.

On the way home we went by the Christmas market in the main square to get some pics. Here’s what it looks like at night: 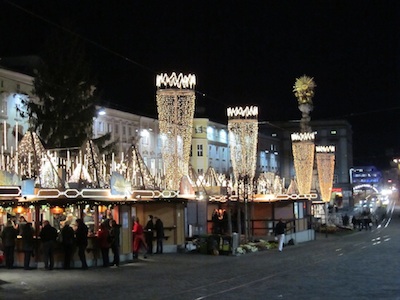 They do have lights on the big tree there, but it wasn’t lit up. I think they do that a little closer to Christmas.