During our normal dinnering in the kitchen, 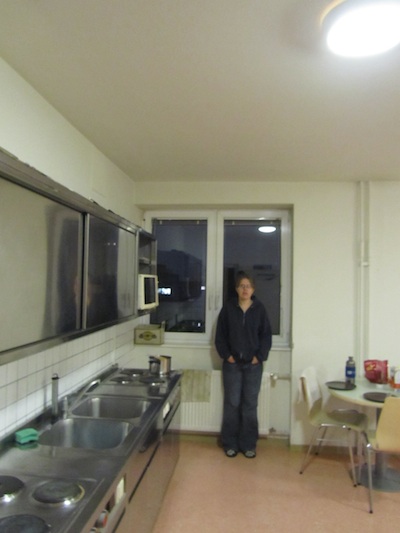 Mary Jo noticed that the snow was starting to accumulate on the soccer field behind the building. It’s just melting off on the streets and sidewalks, but grass and cars appear to be allowing it to stick around. 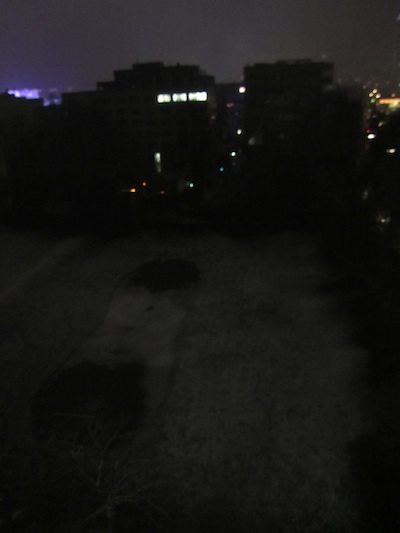 We even did a short video.

The evening was interesting in other ways too. We made some hotdogs with peas. I managed to get a pea stuck in the spatula. 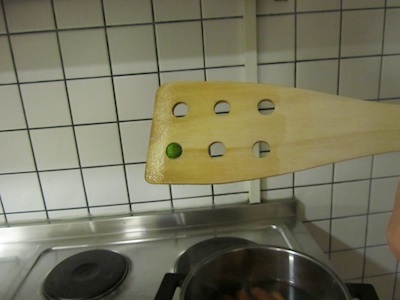 I was pleased with myself, or at least I was, until Mary Jo decided to one up me. 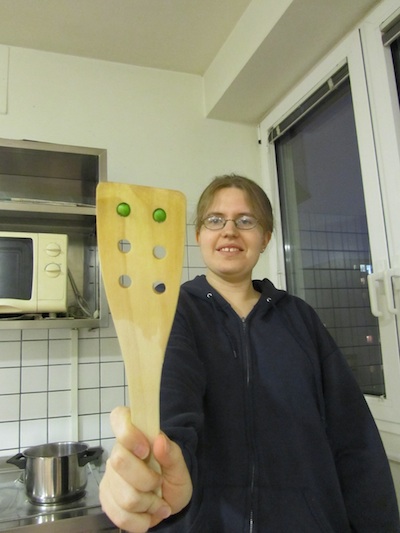 I wanted to show you guys some of the food we’ve been eating. Here’s the sliced bread of choice: 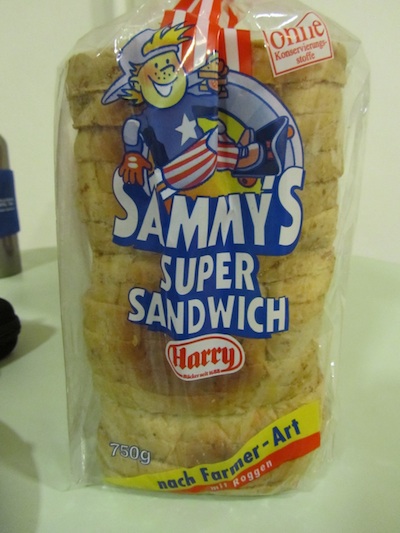 Apparently were still drawn to ‘Merican things. It’s funny actually. The whole “sliced bread” thing is relatively new here I guess. Most bread is sold as a solid chunk and you rip it apart, not cut it. Sliced bread is called “toast”. Not sure what toast is called. All we know is that the bread has “no preservatives”. 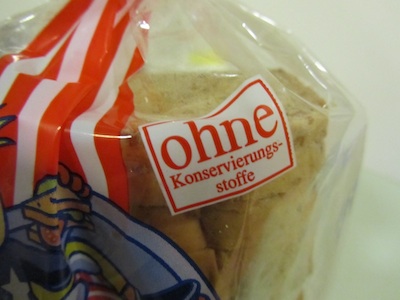 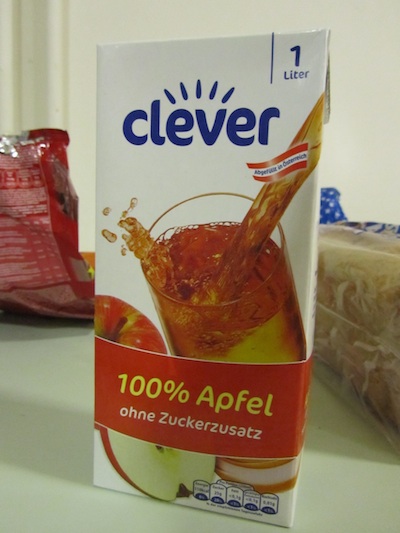 Clever is the generic brand, but it’s sold in different stores, unlike a generic in the States. That 1L thing is 100% juice with no sugar added. It costs .79 Euro. Orange juice is .10 Euro more expensive. No complaints though. It’s tasty.

We recently discovered ketchup flavored chips. You wouldn’t expect them to be very good tasting, and indeed Mary Jo doesn’t like them, but I’ve developed a fondness. I think they’re pretty decent. 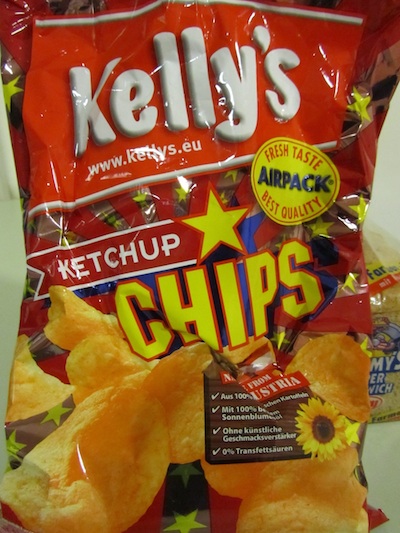 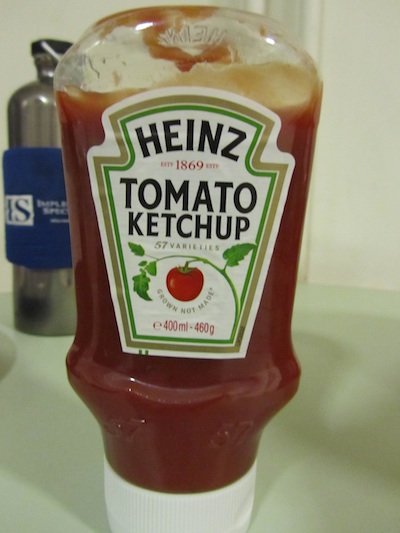 Pretty much the only thing that gives it away is the units used… and the back. 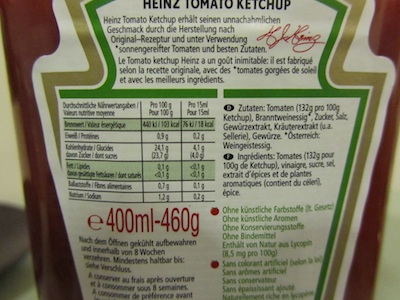 Pretty much the only thing to notice is that “energy” is measured in Joules and kcals. The “Calorie” we’re used to in the states is technically 1 kcal. The differentiation comes from the capital C. One Calories is 1000 calories. 1000 calories is 1 kcal. So, that’s taken a little getting used to.