New cheese people! This week’s cheese is Butterkäse. Literally, “butter cheese”. It sounds disgusting, but it’s not! The texture is extremely rubbery, but it’s not chewy. It’s kind of strange. It pulls apart like it’s rubber, but it’s just springy when you eat it. It’s kind of similar to that disgusting smoke cheese we had as far as texture goes.

The difference is that it tastes great. It doesn’t taste like butter. It just tastes like… cheese. It’s actually very very similar to a cheese I’ve had before, but I can’t for the life of me remember which cheese. It’s kind of driving me crazy. All I know is that Butterkäse is tasty, despite it’s rubbery looking texture. 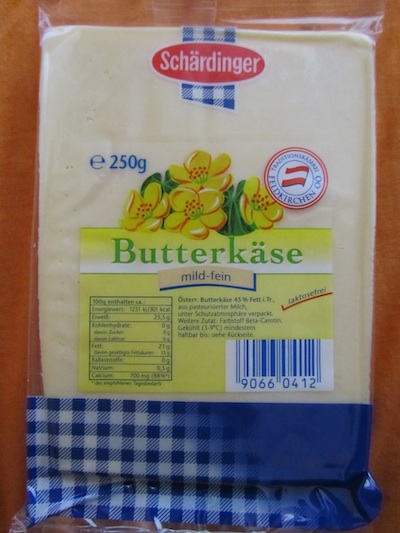